Big boy Nixon has found (another) great home! [His first adoption didn’t work out because the 3-year old in the house couldn’t get used to a dog 5 times her size!]

But the 2nd time seems to be the charm for this kid-loving furball. We have updates from the family that he is well behaved and has been enjoying plopping down in the kiddie pool now and then. Also, judging from their picture, looks like he’s staked a considerable claim on the couch! Best wishes to the new family and thank you for adopting!

Look-alike adoptions are fun! Bandit (front) not only gets a mirror-image sibling out of this deal but a great home for the holidays and beyond! Thank you for adopting Bandit!

We pulled sweet Sonny from a high-kill shelter in north Georgia. His handsome mug caught the eye of this family and they took him home for a 2-week trial adoption to make sure he was right for them and their pampered 14-year old cat. Sonny passed with flying colors and the couple’s young son already… 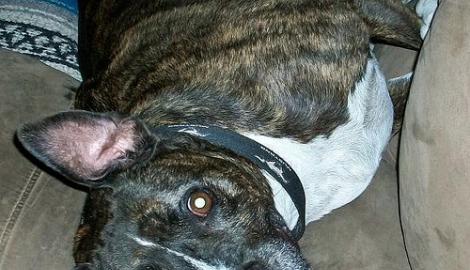 Tuck was a Homeless Pet for over a year. He came from a kill shelter and was nothing but skin and bones when he came in. Once the staff got his health under control, he became somewhat aggressive (more like cage rage). He was labeled dog aggressive, and he went weekend after weekend with no…

This little guy aced his first adoption event! Ace was snapped up by a family with a pack of spoiled pups: a 15-year old Shih Tzu, a 9-year old Pekingese and a 9-month old Golden Retriever (see pic of them cuddling – they’ll have to make room for 1 more!). Ace has been renamed Bailey… 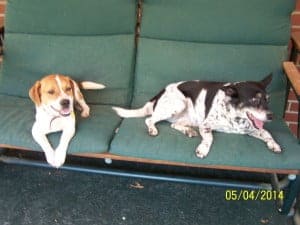