Starlight can be a nervous Nellie so we wanted to find her a home where she could relax and not have to deal with a lot of stress. Enter Wayne. Wayne’s had several Chihuahuas and knows their “quirks”. His last one died of old age not too long ago and he was looking for a new friend.

He took Starlight home for a 14-day trial adoption. On day one at his house they watched football together in the recliner. Day two, Starlight watched deer in the backyard through the sliding glass door. Day three, Wayne called and said the trial was over that he already knew she was there to stay! We are so happy for this moody little gal and her patient new Pop! Thanks for adopting! 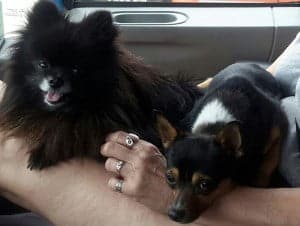 Diesel and his new bro Zachary (aka Sundance) have been simply amazing together. Zachary has brought out a new playful side in Diesel that was refreshing to see after Diesel’s much older sister passed away. We have 4 cats and they even like cuddling up with Zac. Thank you Homeless Pets Foundation SAVING this little… 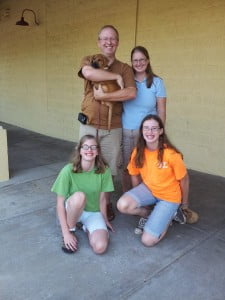 Joe Brown, Lockheed Martin engineer, and his wife Laura were biking on the Silver Comet Trail one Saturday and found a little puppy sleeping in the middle of the road all by herself. The animal lovers could not pass by & leave her there so they picked her up & took her home. She had…

Two more happy tails! Professor Utonium and Miss Keane (from our Powerpuff litter) found forever homes. Miss Keane (left) went home with this happy lady and her husband and will hopefully bring out the inner puppy of their 11-year old border collie. Professor was selected by this family to be a buddy for them and…

One less homeless puppy! Thanks for adopting Grasshopper!

This young woman had her eye on Hershey for a few weeks but was planning a move, so wasn’t quite ready to adopt. She’s finally all settled in to her new place and brought Hershey home. Happy purrs sweet boy! 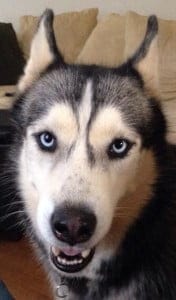