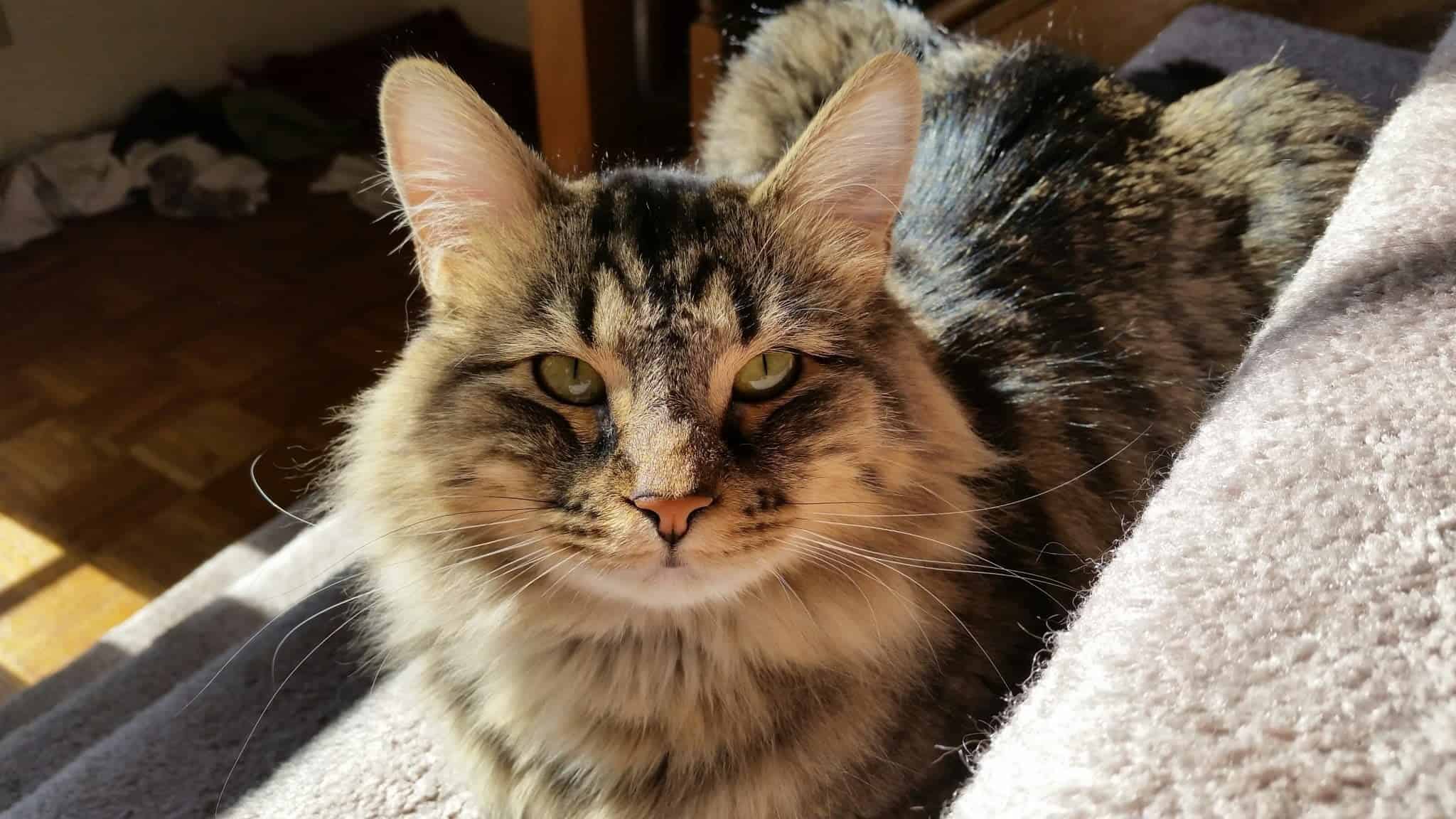 Hi, my name is Elizabeth Yandell and I’ve had the privilege of adopting 3 amazing cats from the Homeless Pets Foundation.
My first was Chatt. I kept his name because is suited him perfectly given his back story. I adopted Chatt on September 21, 2014, just over 3 months after my family and I lost our home and precious kitties to a fire. I never thought I would be able to have another animal after that but my heart ached for a cat to love. I immediately thought of HPF when I knew I was ready to adopt. I wanted an adult cat and one who had been with them for a while. One that was comfortable with lots of affection. I spent 2 weeks talking back and forth with, Beth, one the amazing foster mom’s and Chatt seemed like the perfect fit. I remember going to pick him up I was so nervous, I cried and I was so in love with him from the moment I laid eyes on him. When I tell you I was broken I mean it in every sense of the word, Chatt brought me back to life. He has now been with us for 2 years and I have loved every second with him. I would not be where I am today without him and the amazing work that the Homeless Pets Foundation does. I am forever grateful.
Second was Binx (HPF name, Handsome). When I was ready to adopt again I of course only had eyes for the Homeless Pets Foundation. I knew I wanted it to be a black cat since they are so much harder to find homes for. I felt like a kitten would be best so that Chatt could show them the ropes and not feel like he was being knocked out of his alpha status. The same day a picture of Binx popped up on their Facebook page and I immediately made a call to find out more. I ended up setting up an appointment with his foster mom, Marlene, and we sat for a couple of hours together over coffee at her home. Of course I fell right in love with him and even though there was a bit of fear on how he would do with our dog, also HPF, he fit right in. March 2015 Binx became an official part of our family. Adopting him has been one of the best choices I’ve ever made. He is the cat that knows when you’re sick and won’t leave your side. He came with a little toy when I adopted him that he suckle on like he would a mama kitty and he still suckles it to this day. He’s been with us for just over a year and a half now.
Third was our precious little Yeti (HPF name, Snowy). I had, had the privilege of getting to know the amazing women who make up the cat team with Homeless Pets Foundation by the time I saw sweet little Yeti for the first time. He was part of a litter of kitten born to a stray mama kitty that Laura had taken in. I think by the time he was 2 weeks old I knew he was meant to be a part of our family. I remember having to wait 6 more weeks after that before I could bring him home and when the day came and I finally got to hold him it felt like my heart was going to burst with joy. He was the perfect little white ball of fluff and he was all about the snuggles. Binx immediately took him in and they started suckling Binx’s little toy together like litter mates. It was the absolute most precious thing to witness. He immediately bonded with our kids and would always be curled up with one of them at night. Unfortunately in March of 2016, just days before his birthday and after a long move to Missouri,  Yeti became extremely ill. It ended up being something called FIP or FIPV which there is no cure for. It was devestating to lose him however, even knowing what I do now, I wouldn’t change my decision to adopt him. Having an animal sometimes isn’t just about the long term possibilities, sometimes it’s in loving and caring for them while you can. I wouldn’t change a moment with him because he touched our lives in so many ways that are priceless and immeasurable. I appreciate so much that HPF brought him into our lives!
Thank you Homeless Pets Foundation for bringing these wonderful animals into our lives and for the amazing work you continue to do.
Eizabeth Yandell 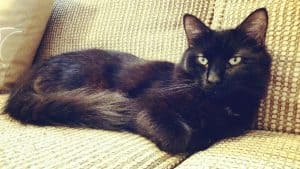 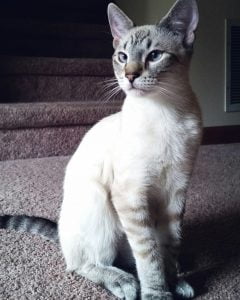 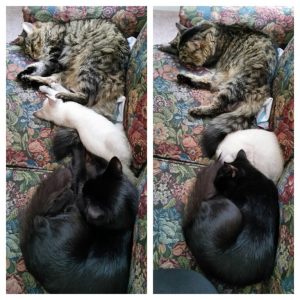 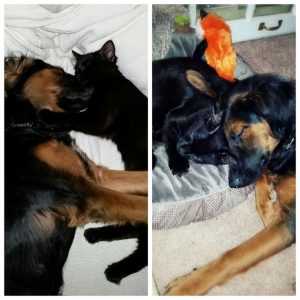 Sugar was only online a few days but very popular! Can you see why? But she could only go to one home and this one is it! She joins a couple and their 10 year old collie, Leo. There’s also 2-year old human sister at home who Leo and Sugar can “herd” and keep safe….

Another puppy gone home. Congratulations to Auburn and her new family!

Ichabod came to us as a tiny baby who’d been orphaned. Now he has a new home with a soon to be empty nester. Happy purrs sweet boy! 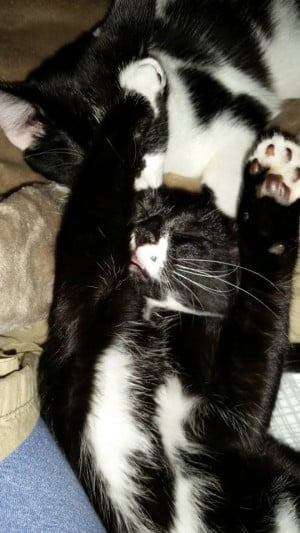 I just wanted to post an update on two adorable kittens (Sonoma and Napa) I adopted in June.  They are growing so quickly.  They are now known as Morticia and Gomez. They are so much fun.  A couple weeks after they came home, I was making iced coffee and accidentally dropped an ice cube on…

Gidget’s gone home! Looks like Dad’s outnumbered by the feminine persuasion in this household. I can think of worse things. 🙂 Enjoy life with your new family, puppy. Thank you for adopting!