Houston is our celebrikitty that was on the news when he was rescued from a storm drain by Marietta firemen when he was just a tiny kitten. He was adopted that week by a woman who saw the story on the news, but unfortunately she had to return him several months later because he was very active and being too rough with her senior cat.

Two weeks ago, Houston went into a trial adoption as a playmate for a younger kitten. It looks like he loves his new little brother already. His mom stopped by Petsmart today to make it official. He will be much happier in this home with another young cat to romp and play with. Happy purrs Houston!!

The internet’s a wonderful thing. This family browsed adoptable dogs online, honed in on Raven as “the one” and filled out the adoption application – all from the comfort of their living room. Luckily they liked what they saw when they met her in person too so now Raven gets to share that comfortable home…

Little Iris came to us on Friday and was adopted on Sunday. We wish all of our babies found homes that fast! Happy purrs sweet baby!

Halle celebrated Mother’s Day with her brand new mom yesterday! She not only got a great new mother, but one who’s a veterinarian too. And look at her cute new human brother. Good work Halle! We’ll miss you. Thank you for adopting!

Siblings Sadie and Smitty get to grow old together. They just left Petsmart with their new mom and dad. Happy purrs sweet babies!

Hooray for Balto! He’s found a home where he’s loved by his mom Kayla, dad Lance and furry sis Ellie (the blond). They report he loves everybody and has enjoyed playing with all his new toys and exploring his new back yard. Congrats and thank you for adopting! 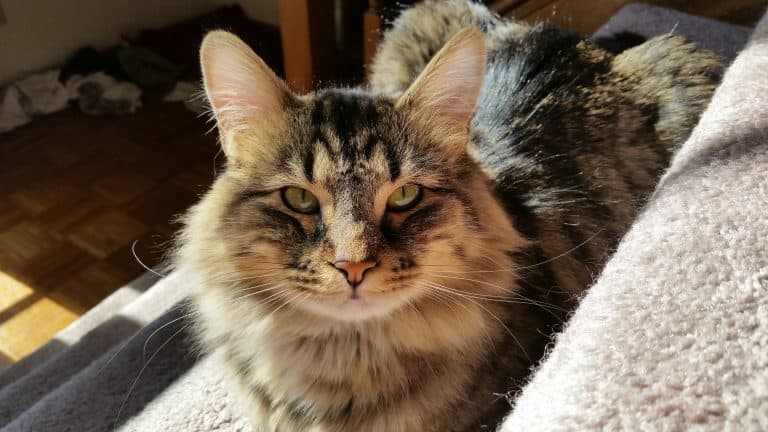 Hi, my name is Elizabeth Yandell and I’ve had the privilege of adopting 3 amazing cats from the Homeless Pets Foundation. My first was Chatt. I kept his name because is suited him perfectly given his back story. I adopted Chatt on September 21, 2014, just over 3 months after my family and I lost…