We were concerned when 9 year old Piper was surrendered into our program. Older pets have a difficult time adjusting to shelter life and often wait a while to be adopted. Fate played a good hand though!

At a Petsmart adoption event Piper caught the eye of a woman with three Yorkies and a sympathetic heart. The Yorkies gave their paw stamp of approval on adding gentle Piper to their pack and the deal was done.

Thank you for being Piper’s rescue angel! Best wishes to the new family!

It’s all about Thyme! He was hand-picked by this duo to be their new furkid. And Thyme’s new mom can take him to work with her too — she works at a doggie day care center. Great perks! Congrats and thank you for adopting!

The man of the house in this family spotted our post last night featuring Camille and her puppies. Though he hadn’t been planning on getting another pet at this time he was smitten so he completed an online application and was among the first to show up this morning at our adoption event. The Giffin… 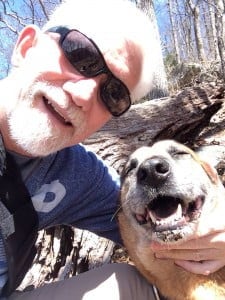 We adopted Buddy from ya’ll back in ’07 and he’s still with us, sort of our “elder statesman.” Thanks for helping my boys fall in love with dogs. Jon has his own dog now, Paisley, named after Brad Paisley, half border collie and half black lab, and Caleb has Duke the Puppy, half German Shepherd and half Siberian…

A hearty thank you and congratulations to the Bair’s for adopting Diamond, now called Lucy. The Bair’s were looking for someone to love after having to say goodbye to their 13 year old lab Jake. They’ve been patiently teaching Lucy that their cat Puddy is someone to hang out with, not chase. And she’s learning,…