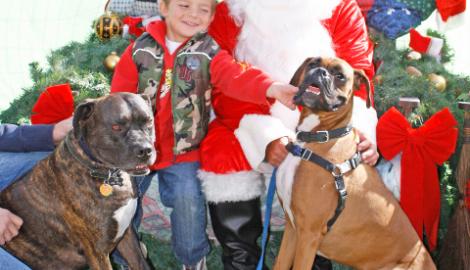 Chevy’s past is a mystery. He came into the Homeless Pets Foundation at 32lbs back in March…as a full grown boxer. To say the least, he was severely emaciated and needed nutrition! With some love from Homeless Pets and a great new family, he’s now a strong, healthy 75lbs of pure love 🙂 Chevy’s new…

Three golden fur-balls adopted! Agnes, Edith and Gru now have families to watch them grow. Congrats to all!

Let’s hear it for Lucie everybody! She got a new mom and pop. Lucie was very scared at our shelter and loves to be held close. Her soon to be retired (t minus 6 months) new mom and already retired new dad wanted a small dog they could baby and take on walks. Everybody wins!…

Wolfgang got picked to be spoiled by this lady and he also got a cat sibling out of the bargain.